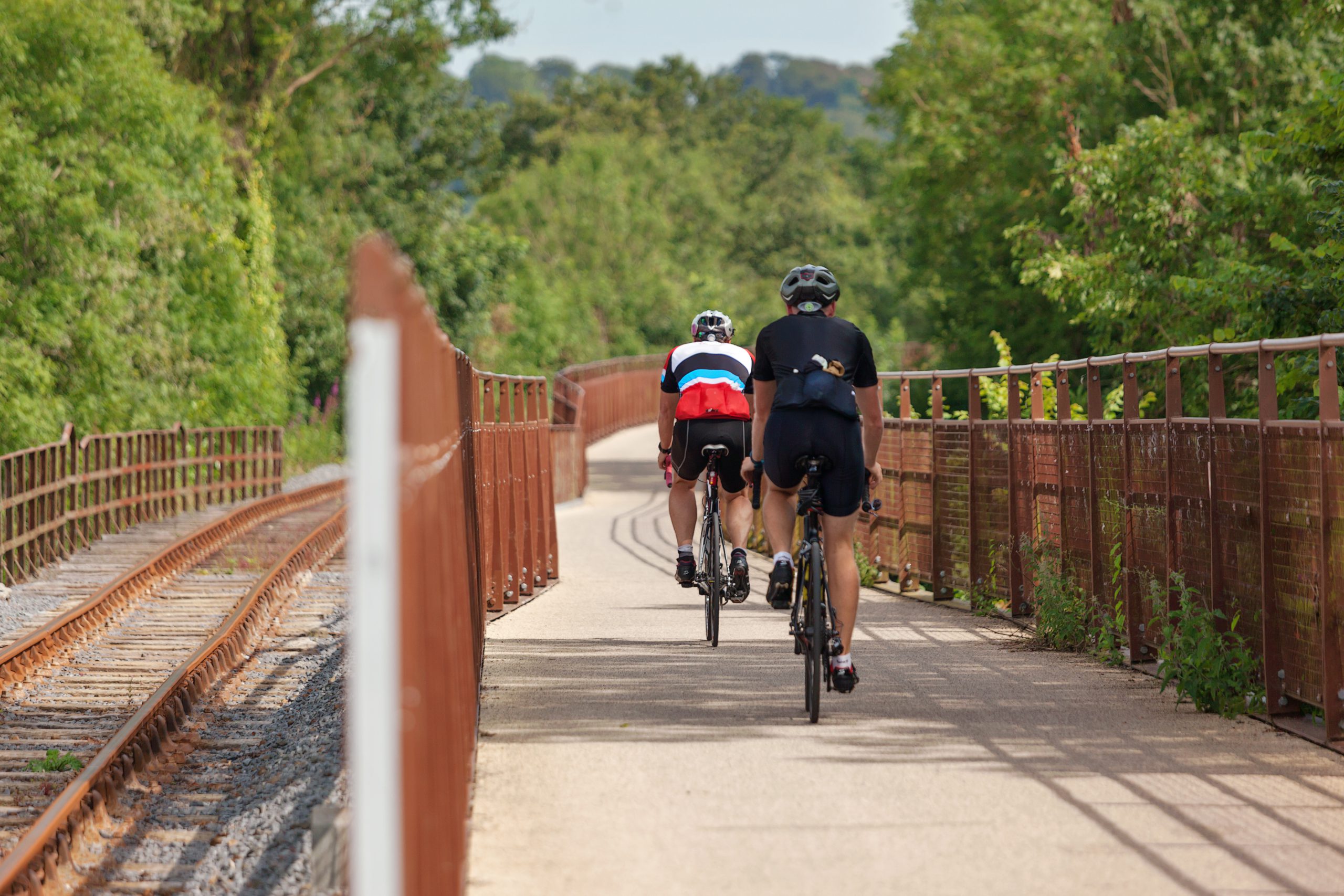 The largest Car Park on Waterford Greenway is at WIT Arena Campus at Carriganore, Eircode X91 FF86. This section is ideal for young families to get a taste of the Waterford Greenway. Many combine it with a trip on Waterford Suir Valley Railway and a treat in the Whistlestop Café before making the return journey.

On departing Kilmeadean Station continuing west on Waterford Greenway, the next stop is the beautifully restored Workhouse and home to the Coach House Coffee Shop (13km), followed by the picturesque Village of Kilmacthomas (13.5km) This village is enjoying a new lease of life since the opening of Waterford Greenway in 2017. Refreshments and meals are available in the many coffee shops, restaurants and pubs in the area. It is a very welcome stop as it is halfway between Waterford City and Dungarvan. It is also pretty spectacular to cycle over the Kilmacthomas eight arch stone Viaduct.

Continuing from Kilmacthomas through McGrath’s Cross and crossing over the Durrow Viaduct the next refreshment stop is at Shanacool.

From Shanacool you journey through the famous Durrow/Ballyvoyle Tunnel and then over the Ballyvoyle Viaduct. As you continue on towards Dungarvan you can enjoy the spectacular views of the Waterford Coast line overlooking Clonea. Dungarvan Bay is a welcome sight as you approach the town. Dungarvan is a very picturesque town, winning a silver medal in the International Entente Florale competition in 2018.