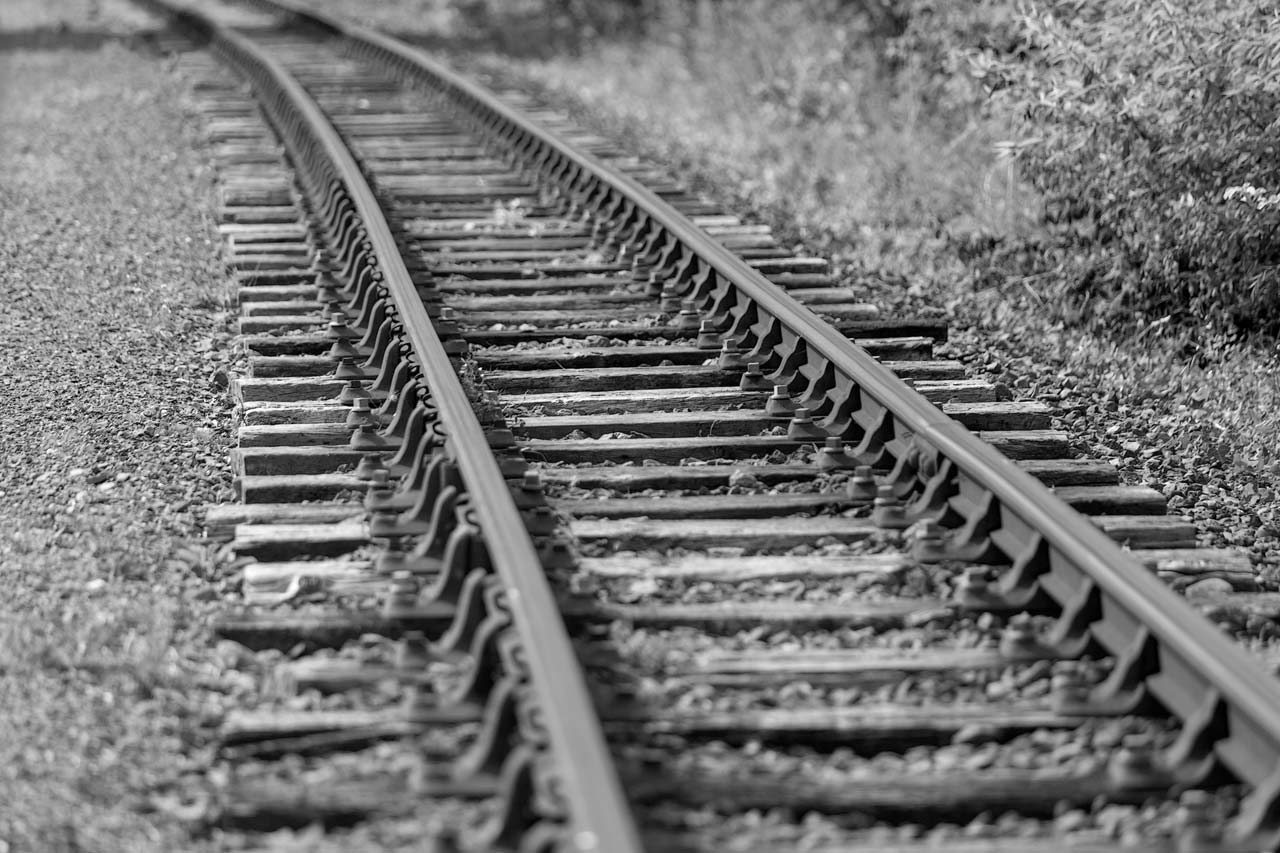 Construction of the Permanent Way

Laying the track – known in railway terminology as the “Permanent Way” – is an operation, which requires traditional engineering skills, much physical labour and specialised equipment.

The track you will see on the Waterford Suir Valley Railway is the traditional type, which has sustained the railways of Ireland for more than a century. It has come to the company from Iarnrod Eireann who now almost exclusively use modern continuous welded rails.

The track consists of 87lb per yard rail, is known as “bull head” rail and sits in cast iron chairs, which are bolted to wooden sleepers. It was especially chosen in order to preserve and represent to future generations the technology of Victorian railway. There are approximately 118 panels of track in every mile.

The FAS crew under the supervision of former Permanent Way Superintendent, Dan Donovan, re-gauged the track from the standard Iarnrod Eireann gauge of 5ft 3ins, down to the traditional narrow gauge of 3ft. The really heavy work begins then!

The Permanent Way of the Waterford Suir Valley Railway is laid to the highest standards of safety and professional engineering.

A bed of limestone known as “ballast” is spread along the route at a depth of 5-6 inches. Each panel is physically aligned on top of this ballast and then bolted into position, end to end, connected by flat plates known as “fishplates”.

The track panels are then cross-levelled to ensure they are flat on the straight sections, slightly higher on the left rail for right hand curves (there are no “bends” or “corners” on the railway) and on the other side for left-hand curves. These are known as “high-legs” and if not properly aligned, the trains would be unable to negotiate the curves.

When all this work has been done and levelling completed, the crew proceed to ‘pack’ the ballast between the rails and the sleepers, building a ‘shoulder’ of stone on each side and tightly pushing the ballast in between, so the ballast acts as a locking ‘key’ to keep the line firm and steady for the weights and speeds which will travel over it.

Each year the track is audited by Jim Coleman, Permanent Way Inspector. He then prepares a maintenance programme to include sleeper replacement, chair and rail replacement and track realignment. The eight under bridges and two over bridges are inspected by a civil engineer and maintenance work carried out as recommended. Most of the maintenance work done in the winter months when the railway is closed.