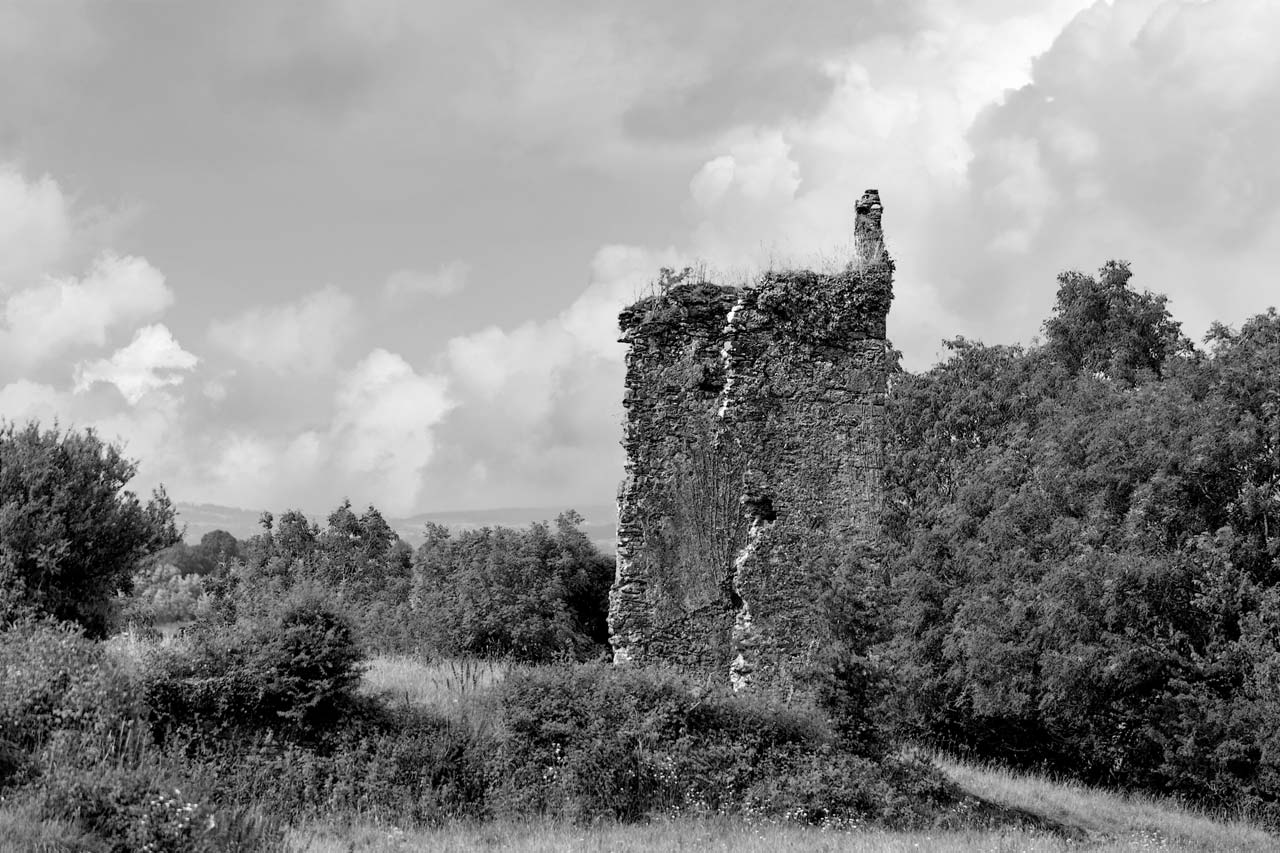 Waterford was the best served provincial City with no less than six railway lines servicing the City at one time. The Waterford Railways were Limerick, Kilkenny, Dublin, Cork, Rosslare and Tramore. There are only two railway lines operating today, Dublin and Limerick, and a third if you include the Waterford Suir Valley Railway. The first Station within Waterford City was Manor Street Station, serving Tramore. The Waterford & Tramore Railway (WTR) line opened with great celebrations on 5th September 1853.

This was followed by more celebrations in 1854 when Waterford City was finally after many delays, connected to Limerick and Kilkenny.  The Waterford Limerick Railway (WLR) and Waterford Kilkenny Railway (WKR) were extended from their temporary station at Dunkitt, about two miles outside Waterford City to Sallypark, site of the present goods yard. On 26th August 1864, the terminus was moved to the current location, Plunkett Station or Waterford North as it was known then. While the terminus was at Sallypark, WLR operated a free steamer service for passengers to cross the river Suir to the City Quay, avoiding it’s passengers paying the toll on the 1793, built timber bridge known locally in Waterford as “Timber Toes”.

The much loved Waterford & Tramore Railway remained an isolated branch for the 107 years of its life.  Its closure on the 31st December 1960 was in hindsight shortsighted. This line was very dear to the hearts of the Waterford people as they recall happy childhood  excursions to the seaside on the train. The original Waterford railway restoration group  had commissioned research on the possibility of restoring the Waterford Tramore Railway but the station at Poleberry and huge chunks of the route had been built over making this an impossible task.

The Waterford, Dungarvan & Lismore Railway Company, was set-up in 1872. This 43 mile stretch of railway was the most expensive line to be built in Ireland at the time, as it followed the most difficult route of any railway in the South. It was a very hilly line with a series of sharp curves, a tunnel 418 feet long near Durrow and two viaducts, one at Durrow and the other at Ballyvoyle. It also included a great number of under and over bridges and three road crossings at Dungarvan.

Waterford’s fourth railway line opened to traffic on 12th August 1878 and it was considered the most scenic route in Ireland with the most amazing views of the ocean and the lush green countryside through which it travelled.

There was a steep uphill gradient from the station for the first half a mile, from where the line ran on a fairly level course through one of the sharpest curves on a standard gauge line, situated south west of Mount Congreve then on to the first station, Kilmeadan, from there, the line followed a succession of up and down gradients until it reached the coastline before Dungarvan. From here on, the line was fairly level with a gradual rising gradient between Dungarvan and Lismore. From Dungarvan onwards towards Lismore there were many level crossings. One crossing at Dungarvan over the main road to Waterford, known as the “Causeway” level crossing was the longest in Ireland, and rumoured to be the longest in Europe. The hilly nature of the line meant it was neither fast nor frequent.

The stations along the route were Kilmeadan, Kilmacthomas, Durrow and Stradbally, Dungarvan, Cappagh, Cappoquin and Lismore. In August 1882, Carroll’s Cross was added as a halt.

The Duke of Devonshire, whose Irish baronial seat is at Lismore Castle, was the main shareholder and its chairman, hence the line became known as the “Dukes Line”.

The revenue of the line was derived from both passengers and goods. Waterford was a rich agricultural county, exporting live stock to Britain. Businesses in the Cappoquin area were active in the exporting of bacon and salmon from the bountiful river Blackwater. Passenger traffic was busy going both ways. Cross channel passengers journeyed to Ireland on holidays and on business, while Irish people went to Britain to find work with many using it as a first port of call before emigrating to America and Australia.

Local traffic was most frequent in the summer months when, residents of Cappoquin, Lismore and Kilmacthomas used the line to travel to the beaches in Dungarvan. Excursions known as “bathing trains” were run regularly throughout the summer. On the day of GAA matches trains were busy catering for the crowds travelling to the games. In its heyday, this railway had several passenger trains per day and at weekends the two local stations, Kilmeadan and Carrolls Cross would be a hive of activity.

Farmers used the railway to transport livestock from place to place, cattle sheep, pigs and beet were the general cargo. Owners of Public houses had their cask of ale delivered to the local station to be picked up by horse and cart.

In 1923 the G.S.W.R. was amalgamated with other railways to form the Great Southern Railways. On 1st January 1945 the railway was taken over by C.I.E. and they operated the line until 1967 when on 27th March the line between Mallow and Waterford City was completely closed to passenger and freight traffic. The line was dismantled between Mallow and Dungarvan. The Dungarvan – Waterford section was retained, as a factory was opened in Ballinacourty to process magnesite from Dolomite. The Dolomite Limestone was brought from Benettsbridge in County Kilkenny to Ballinacourty in Dungarvan by train. This necessitated C.I.E. to build a 1.5 mile spur to Ballinacourty. This was completed and opened on 3rd April 1970. Twelve years later this traffic ceased after the closure of the magnesite factory. C.I.E. continued to maintain the line until 1987 when the last train was seen on the Waterford Dungarvan line.

A start was made to dismantle the line track about four years later. This was done in a very haphazard way and was finally completed in 2003. The first part to be removed was the Waterford to Kilmeaden section. Thanks to the determination of everyone involved with the Waterford Suir Valley Railway this line has now been developed as a Heritage Narrow Gauge Railway.

On the 15th February 1904, the Dublin, Wicklow and Wexford Railway finally arrived to Waterford’s North Station. This fifth route connected Waterford to the east coast.

The Waterford, Dungarvan and Lismore Railway took over the running of the Fermoy and Lismore line on August 1st 1882 but the line still had no physical connection with the main Waterford North Station on the north of the Suir.

This changed in 1893 when the Fishguard and Rosslare Railways and Harbours Company put forward a new scheme to make a link from Ireland to England by means of a rail and port link through Rosslare. An 1898 Act allowed the company to acquire the Waterford, Dungarvan and Lismore Railway as well as the Fermoy and Lismore Railway. As a result, the Great Southern and Western Railway ran the entire line from Mallow to Waterford from August 1898. It was the Rosslare line of 1906 which completed the East end links at the North Station and delivered to Waterford a sixth route.

The Waterford, Dungarvan and Lismore Line was still not linked to the main network of rail lines, to overcome this problem, the Red Iron Bridge was built in 1906 and after this passengers could travel directly to Rosslare. Many wealthy families living in London bought summer houses in Killarney and could leave Paddington by the evening express train to Fishguard complete with children and domestic staff.

On arriving at Fishguard the train ran alongside the ship and passengers were able to transfer, thus allowing immediate departure. The ship journey was at least half an hour faster than nowadays, and the train was waiting on the pier at Rosslare when the boat arrived alongside, facilitating another prompt departure. There were of course no customs delays in those days. The train stopped at Waterford around breakfast time, breakfast being served in the dining car of the train. On arrival in Mallow the train took the Kerry line from Mallow, arriving at Killarney around lunchtime.

Waterford South Station was situated at Bilberry, on the Banks of the River Suir, on the site once occupied by Waterford Stanley. It was opened on August 12 1878, but was not intended to remain a terminus, as an act of July 22, 1878, gave powers for an extension nearer the city; this proposed line was to tunnel through Bilberry Rock, pass behind Cherry’s Brewery (now Guinness Brewery), and terminate at the junction of Bridge Street and Mary Street. This planned extension never went ahead.

Waterford South station remained in use accommodating both passengers and goods trains until 31 January, 1908, after which it was closed and all train services were transferred to the Waterford North Station. The site became a storage depot for materials for Redmond Bridge as it was being built. The bridge was opened by John Redmond MP in 1913. (This bridge was subsequently replaced by the Edmund Rice Bridge between 1984-’86). Later a munitions factory operated from the site from 1917 until 1919. Once again the station was derelict, until 1934 when Allied Iron Founders Limited, now known as Waterford Stanley, was set up and began production the following year. They made use of the rail link from the South Station to the North Station, across the Red Iron Bridge to receive and distribute goods. Waterford Stanley has since moved it’s operation to the Industrial Estate, Cork Road, Waterford. The factory ceased to use the rail link in 1974. The rail was eventually taken up in 1976, Gracedieu Junction being removed in September of that year. Part of the line on the Bilberry side of Waterford Stanley was sold off and is in private use. The rest of the track bed, which had become very overgrown has now been cleared by the Waterford Suir Valley Railway and a narrow gauge track laid.

In 2017, Waterford Greenway opened with a car park built in Bilberry by Waterford Council as a starting point for walkers and cyclists.  A platform was built for the Waterford Suir Valley Railway for passengers to board or disembark the train at Bilberry Station.

During the period 1914-1918 the line was closed for sometime, due to the loss of several ships. The troubles in Ireland caused much interruption to train services, which was even worse during the following Civil War. In the years 1920-21 however, the Waterford Dungarvan Railway Line became a trap for the men and the Army who had engineered and constructed it, trains were being ambushed and on one day a lengthy inconclusive battle took place near Durrow Station which resulted in British Army and IRA casualties. The IRA company being substantially outnumbered by the British forces withdrew under cover of darkness.

On the 8th August 1922 the Ballyvoyle viaduct was blown up. One arch was destroyed but in the two weeks following, all the arches collapsed. A train carrying jurors from Waterford courthouse crashed into the breach. This created more trouble for the army, who from then on searched the area with some of the first aircraft ever used in international combat, but the airplanes were of little use at night time and the volunteer’s knowledge of the country side defeated the army.

The viaduct was rebuilt by the English contractor Sir Robert McAlpine with concrete piers. The route was not reopened until 1 July 1924. Many local men, who worked on the reconstruction of the viaduct, later went to England to work for McAlpine’s. Their hard work was recognised and many went on to hold managerial posts within the company.