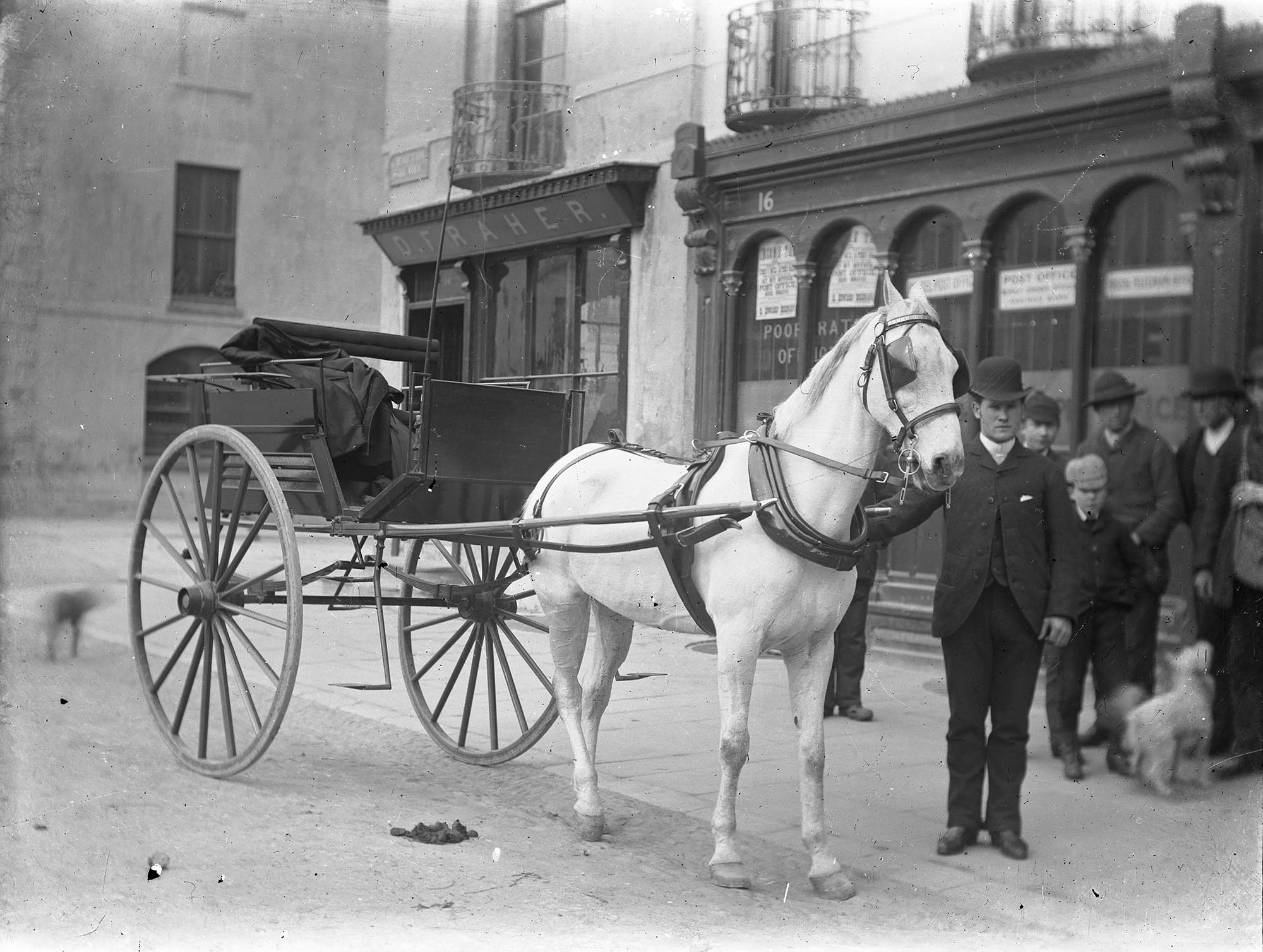 Imagine never having a holiday! Before railways were developed, unless you were wealthy, there were no holidays or any travel. Even a day out wasn’t possible.

In Ireland, the only way to travel was by canal or by boat, say from Waterford to Dublin. Everything changed when Charles Bianconi started his stagecoach business in Cahir in Co. Tipperary. This was a very slow way to travel and it could take days to get to your destination.

As railways were developed they created a network of rail links between urban and rural destinations with stations in between. Small branch lines were opened. This opened up a whole world of possibilities for the movement of people and goods throughout the country and even between countries.

In the late 1800’s and early 1900’s Queen Victoria visited Ireland. She fell in love with Ireland on her trips by boat to Cobh, Killarney and Dublin. She arrived in Kingstown on the royal yacht and travelled to Killarney by train. The wealthy British followed in her footsteps. They came to Ireland in their droves for their holidays because it was recognised as a destination fit for a queen.

It was such a lucrative business that GS&WR began to operate three weekly Boat Express Trains in the summer months. They built and added some of the finest carriages of the Edwardian era to the fleet on this route. These were 66ft long bogie vehicles with corridor connections and dining cars. In the early 1900’s (1906 – 1914) tourists left London on the evening train out of Paddington Station to journey to Fishguard, Wales to catch the ferry. When they reached Rosslare they transferred to a train again. Passengers enjoyed breakfast in Waterford in the luxurious dining car. The Boat Express sped through Kilmeadan Station with the driver just waving the staff to the Station Master, arriving in Killarney by lunchtime.

All the main railway companies ran hotels. They advertised them widely in railway guides, built golf courses beside them, and even ran trains called golfers’ express. The railway owners focused on tourism, adding spurs to lines to reach picturesque places like the golden sands of Tramore! Examples of the many beach resorts were Bundoran in Donegal, Bray, Co Wicklow, Youghal, Co Cork, Ballybunion in Kerry and Tramore and Dungarvan, Co Waterford.

But it wasn’t just the wealthy who could travel by train. The railways also meant anyone could buy a ticket and travel between stations.  In 1871 bank holidays were introduced in Ireland. People had more free time and they used these to discover new places.  Towns and villages created events like fun fairs, travelling circus, afternoon tea dances and fair days to entice people to visit. Ask anyone living in Waterford before the Tramore Railway and Waterford to Cork line closed and they will tell you about their happiest childhood memories of travelling by train for a day out in Tramore or Dungarvan on what was locally known as the beach trains. All the amusements in Tramore were built to encourage day trippers to the beach to stay longer and come more often.

The Tramore train was also famous for its dance specials which would not leave until the dancehalls closed and coincidentally, there were carriages on the way back whose lights refused to work! Many a relationship or future marriage started on the train home….

Everyone travelled to sporting events by train. Have you ever noticed that wherever there is a racecourse there is a railway station?  This includes Killarney, Mallow and the Curragh of Kildare.  This is because the easiest way to guarantee big crowds at the racecourse was to make it accessible to as many people as possible. Some racecourses might seem to be in odd places such as Tramore and Listowel but they were once served by trains.

It was not just people travelling by train to the race courses, this is how racehorses also travelled. Many people in Waterford remember the horses arriving at the north station and being walked across town to the Manor street station. Young people living near stations loved when the races were on as horse trainers paid them to walk the horses to the train. Can you imagine Henry de Bromhead walking his horses from his centre at Knockleen, Co Waterford to Kilmeadan Station to board the train to Mallow or Killarney for the races?

GAA teams and their supporters travelled by train from village to town throughout county Waterford and on to neighbouring counties. Waterford people fondly recount memories of travelling to the All-Ireland Hurling Final in 1948, when their heroes defeated Dublin for the Déise’s first ever title. And again in 1959 when they captured the Liam McCarthy cup from their neighbours in Kilkenny. The celebrations on the way home on the train after winning an All-Ireland title is a memorable experience for all sporting fans. The train would have stopped at all the stations along the route where excited fans congratulated the players and got to touch the cup.

Travel was available in three classes, first second and third. All three classes were painted different colours. The dining car was brought in at the turn of the century, on the Belfast to Kingstown route. Trains were unheated except for brass foot warmers, lighting was first oil, then gas, later heating was steam from the locomotive used to heat the carriages. Carriages were kept in operation as long as possible and patched up – some carriages used in the 1950s dated from the end of the 19th century!

Dance specials, beach specials, race specials, match specials – there were even specials to the Marian shrine in Knock, Co. Mayo for pilgrimage! During the summer weekends the railway platforms were hotbeds of excitement and anticipation.

As you enjoy your train trip think of all those who have travelled this line before you.  This railway line allowed so many to enjoy their pursuits and follow their dreams.