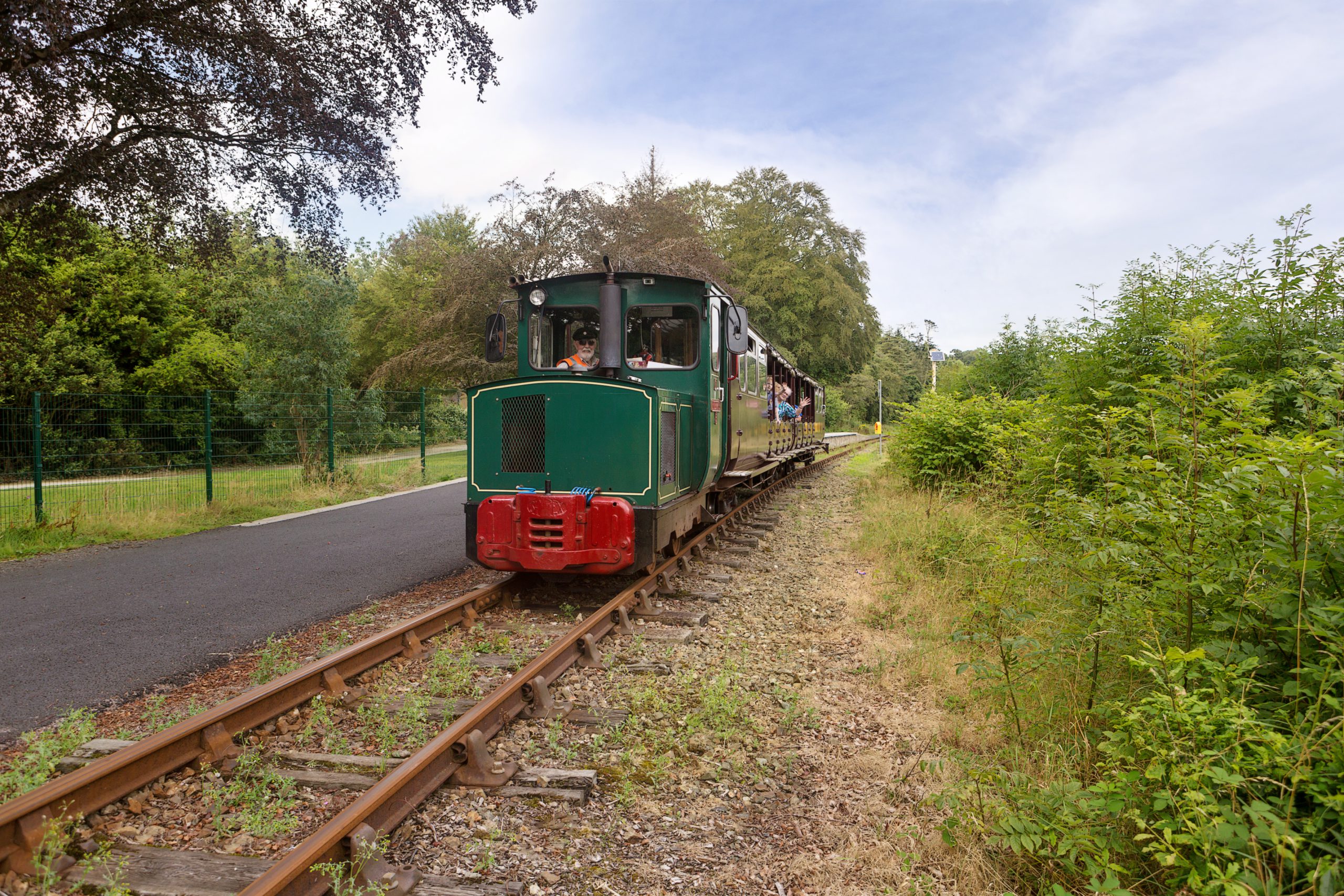 Kilmeadan Station, closed to passengers in 1967, has been beautifully restored with the original coping stones on the platform and the original Kilmeaden Station sign from 1878. A Mark 2 Railway Carriage serves as the ticket office. The rolling stock includes a Simplex diesel locomotive that was built to operate in the peat industry and later used when digging out the channel tunnel. The carriages which have both closed in and partially opened seats were specially built for the Waterford Suir Valley Railway with seating capacity for up to 80 passengers.

When you buy your tickets you are assigned to a private compartment for your family. Each one is named after a station on the original Waterford, Dungarvan & Lismore Railway. On boarding the train, the conductor will ask your name and escort you to your compartment. When everyone is safely on board, he blows the whistle to set off on an exciting journey beside Waterford Greenway.

Travelling at 15km per hour, experience the beauty of the Suir Valley from a partially opened carriage as you take in the panoramic views of the river and rolling farmland of Waterford and across the river to County Kilkenny. The track runs mostly along the picturesque banks of the River Suir and beside Waterford Greenway. You get a glimpse in to the famous Mount Congreve Gardens. This is an area rich in history and only accessible by train or Waterford Greenway.

Children enjoy the Magic Wood, a magical glade where Fairies live. Sometimes they can be seen among the trees but you have to look carefully. Make a wish as you pass by. The scheduled trip is a 12km return journey from Kilmeadan to Carriganore lasting 40 minutes.

When you check in to the Ticket Office you will be given a map of the route and a treasure hunt sheet for children to complete while waiting for the train and during the journey. You can enjoy refreshments from the Whistlestop Café before or after your train trip.

Take the time to discover the Story of Rail on five storyboards around Kilmeadan Station. The stories are both surprising and fascinating.